[Intro:]
Hey, you know, a lot of y'all out there man really running y'all mouth
Like you just like to hear yourself talk
You know what I mean?
Talk so much, not knowing if the wagon make the more noise man
Haha, get you some money man

[Verse 1:]
Still kick the flake, I'm a swear I'm gon turn up
Came with a zip, let the whole thing burn up
All I know, get dope, getting paper
Taught me that in 85, never learned nothing different
All I see is haters in my rear view
Millions in my windshield, got a clear view
I trained myself, go deaf for a broke nigga
That way when you're talking I don't hear you, listen
Still popping, give that shit to Bobby
Fuck that shit you talking, look at you, see you ain't bout it
Look at you, see you don't want it
Should hardly be an opponent
When you sitting next to TIP, it look inferior, don't it?
Give a damn if you don't know
I've achieved everything you could hope for
If being a real nigga turned into a corporation
Look at me, shawty, I should be the logo
Please no photos as I stepped in that Magic
Got four hoes in the two door Bentley, what's happening?
She with the acid, then she come in with me
But if not I leave her, she mean nothing to me
I pull up, hop out, give the valet my keys
I run the city bitch, I'm parking for free
And who the nigga right here talking to me?
There gon be problem if you keep bothering me, man
I came in this bitch to spend 20's and 50 G
What you tried to park here? That ain't my Bentley
You can't listen to me now, God as my witness
Keep on in your earnin's I take your opinion
I swear nigga

[Verse 2:]
Focused on the money fuck shit? forget about it
I bought a Lamborghini, wrecked it, give a shit about it
Get up out it, call an Uber, go and get a new one
I gotta run a bag up, it's extra for the blue one
Got 500 bags off in Chattanooga
Go and put it up and take a 100 motor gang here
Too rude, getting money, nigga stay real
At all costs nigga, at all costs nigga
Take a hit of this and run your balls off
And nigga you ain't really beefing if you called off
Play a bit to the left, call it southpaw
Fuck around, get your mouth wired, gotta weed y'all
Better stand down before I be a man
Drown guns up, hands down, that's exactly how I caught y'all
Okay one day I retire, put me in the hall of fame
But you lames don't forget what I done taught ya'll
I put the fear of God in ya
Oh you nigga hard is ya?
I can see the broad in ya, put your cut
Then you gotta make a move, make a choice
Either go out like a bitch or get your ass kicked
God damn that'll be horrible
So pipe down nigga 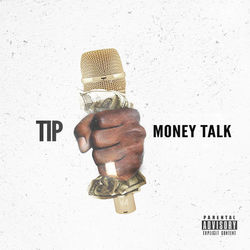