I can remember being seven years old
Having goldfish that circuled around in a bowl
I would watch the forest burn
and listen to the wind blow
I remember the table, the drapes, and the window
The dark brown everything: decoration, styling
Most of all, I can remember my mother smiling
Worn out and faded, my hometown was scrappy
More than anything she wanted us to be happy
Little to eat and back and forth to the hospital
She was right, it's better to be happy if possible
But the old man was under attack and was weak
And continued to beat us several times a week
He lived like a king even though we were piss poor
I tried to be strong and careful what I wished for
My outside ached, my inside stung
The long leather belt had replaced his tongue
Not knowing how to run or how
to hit the brakes
A white picket fence was built
around a pit of snakes
Both a wonder and frightening,
the thunder and the lightning
These were the sounds and sights
of a thousand fights
My mother, the poor fish, staging eternal
Charades and parades, for the raging inferno
Wanting to be happy, beaten all the while
Asking me always: "Why don't you ever smile?"
And she'd show me how to do it,
mother and wife
It was the saddest smile I ever saw in my life
It hurt worse than death but for her sake I tried
And one day all of those goldfish died
Hurricane, forest fire, out of control
Eyes open, floating on the water in the bowl
And when my father came home,
he walked through the door
And threw those fish to the cat
on the kitchen floor
And the wind died too and I was still a child
And the three of us watched as my mother smiled 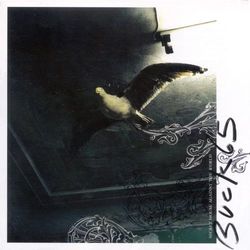