It's just a process of elimination I'd like to peel your eyelids
Back to see, you always torment my own intentions
Credibility is what you strip from me
Someday when I come up I want you to feel
What I had to feel on the other side

Livin' on the dark side yellin' at the moon
Seven shades grey your in the temple of the boom
We drop bombs with some peckerwood shit
Fuck bounce to this, we gonna throw fists to this
Players and hustlers went out like 99', now its
Two triple zero you still smokin' kind
Play that funky music white boy, fuck that
How bout raise up to this level, the beat devil
No regurgitated slop, this ain't rock & hip hop
This is day one roots straight out the shoots
Trik Turner recruits soon to form an army
With one main objective, to silence & eliminate
Fake & plastic too drastic for those who hold
The mic like spastic, convulsions divulge
Your weakness, the reason that I speak this
Because I'm tired of MC's, ABC's, one-two-threes,
K.I.D.Z's, and all you wanna be's better check
Your stylees, I've crossed over, I've crossed all
Around it, I've found the new sound same old
Machines, same old dreams, same old fiends
Chuck T's and SP's, 808's garage sale crates
Lifted, ya'll stay splifted, I remain gifted
100% proof after sifted 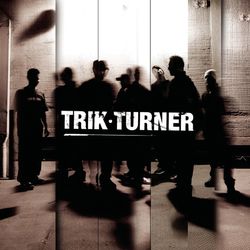