[Chorus:]
Chelsea Rodgers was a model
Thought she really rocked the road, yes she did
Kept her tears up in a bottle
Poured them out to save her soul

Ask her what she liked the most
She said, she liked to talk to Jimi's ghost, Ow!
Fantasy, her friends boast (This girl is fly)
Chelsea's fly, like coast to coast (Mmmm)
Hollywood or Times Square
If the party's fly, my girl is there (yes she is)
Purple's on and bounce in her hair
21st Century hippy, Chelsea don't care

Try to catch her if you can (Come on now together)
You never see her with my man (Uh, a brother got to jump n the water)
He must be baptized, according to the masterplan,
'Fore she give up the good thang
Go ahead Chelsea! (Go ahead Chelsea!)

No cut diamonds, and designer shoes (Uh, no-no!)
'Cause she's too original from her head down to her feet
(Rehab) (If you want to) (just don't mean no me)
Chelsea don't eat no meat, still got butt like a leather seat
Go ahead Chelsea! (Go ahead Chelsea!)

Go ahead Chelsea!
(Speak on that horn)

Come on
Next to her they just a fool.
Chelsea read more books than a few
Moses was a Pharoah in the 18th Dynasty
And Rome was chillin' in Carthage in 33 BCE
And the day that we stop counting, we live as long as a tree
Go ahead Chelsea, teach me! Go ahead Chelsea.

Make a promise to your higher self, get you nothing, fame and wealth
You don't be chasing nobodies ghost.
Of everything, make the most (Come on!) 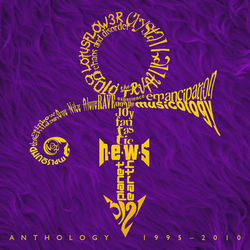