Back In The Day

[Jay-Z]
Yes, uhh
One for the butters, I came from the gutter
No I came from my mother but y'all know what I mean
Hov' is here to stay like permanent crease in your jeans
Me and Missy be the new +Tag Team+
"Whoomp! There It Is"
We like, Rae & Ghost, A.G. and Showbiz
We "Public Enemy #1," our "Uzi Weighs a Ton"
This is our house, RUN! [laughing]

[Missy]
What happened to those good old days? {HA?}
When hip-hop, was so much fun
Ohh, house parties in the summer y'all (c'mon)
And no one, came through with a gun
It was all about the music y'all
It helped.. to relieve some stress {HA?}
Ohh, we was under one groove y'all (y'all)
So much love {HA?} between North and West

[Chorus: Missy Elliott]
Go back in the day
British Knights and gold chains
Do the prep and cabbage patch
And wear your laces all fat
Back in the dayyyyyyyy, hey hey
Hip-Hop has chaaaanged

[Missy]
Remember when we used to battle? (uh-huh)
On the block {HA?} before the lights came on
Ohh! Mama said we would be straight A kids (c'mon)
If we did our homework, like we knew those songs
Salt-N-Pepa, Rakim, and P.E. {HA?}
D.M.C, and Heavy D
Yes! Daddy Kane, Slick Rick too (oh-OOH!)
MC Lyte ("Paper Thin") opened, doors for you and me, c'mon

[Jay-Z]
Young! J. Bizzy, let's do it again nigga
Grew up the way it oughta be
From day KRS-One all the way up to "Nineteen Naughty Three"
To M.O.P., we "Cold as Ice"
Nigga we rock it from the "Dre Day" to the Suge Knight
So fuck Chuck Phillips and Bill O'Reilly
If they try to stop hip-hop, we all gon' rally nigga
Post Biggie and 'Pac I gotta hold down the city
Make a nigga wanna 'holla' like Missy, but fuck it
Just let a nigga MC
The best rapper alive, unquestionably
If you rip on your +EP+ you gonna need an +MD+
So "You Gots to Chill" cause I "Kill at Will"
like solid water dude; y'all niggaz don't get it
"Kill at Will," solid water? Ice Cube
Ha ha, that's how hip-hop has evolved
Jay-Z's for President, I'm namin Ra as the National God 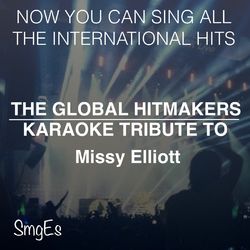