Now, I don't know about you,
but I don't think the primary purpose of your life,
of my life and the entirety of the human race's
is just to blindingly consume to support
a failing economy and a faulty system.
Forever and ever until we run out of every resource
and fall to the result to blowing each other up to ensure our own survival.
I don't think we're supposed to sit by either while
we continue to use a long outdated system that produces war,
poverty, collusion, corruption, ruins our environment
and threatens every aspect of our health
and does nothing but divide and segregate us.
I don't think how much military equipment
we are selling to other countries,
how many hydrocarbons we're burning,
how much money is being printed and exchanged,
is a good measure of how healthy our society is
but I do think I can speak for everyone when I say,
we're sick of this shit.

See if we keep them silent then,
They'll resort to violence
and that's how we criminalize change

AWHHHH,
Yabba Dabba Do One son, We don't want you rules
Who you fooling son, we've got all the tools
We need to build a whole new system
To correct these flaws
(You know what), I've already listed them

You're a communist
You're a fucking utopianist
Ah here they come, the immersive labels
But they're attempted fails

Cause man, we so far out your comfort zone 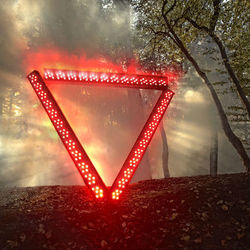