Come here little kiddies, on my lap
Guess who's back with a brand new rap
And I don't mean rap as in a new case of child investigation accusation
Aah aah aah aah aah
No worries, poppa's got a brand new bag of toys
What else could I possibly do to make noise?
I done touched on everything, but little boys
That's not a stab at Michael
That's just a metaphor, I'm just psycho
I go a little bit crazy sometimes
I get a little bit out of control with my rhymes
Good God, dip, do a little slide
Bend down, touch your toes and just glide
Up the center of the dance floor
Like teepee from my bunghole in the school if you let one go
Nobody's gonna know who'd hear it
Give a little "poot poot", it's ok {*Fart sound*}
Oops my cd just skipped
And everyone just heard you let one rip

It's Friday and it's my day
Used to party all the way to Sunday
Maybe till Monday, I don't know what day
Everyday's just a holiday
Crusin' on the freeway
Feelin' kinda breezy
Get the top down, let my hair blow
I don't know where I'm goin'
All I know is when I get there someone's gonna "touch my body"
Excuse me miss, I don't mean to sound like a jerk
But I'm feel just a little stressed out from work
Could you punch me in the stomach and pull my hair
Spit on me, maybe gouge my eyes out (Ewww)
Now what's your name girl?
What's your sign?
[Dr. Dre] Man, you must be up out your mind
[Eminem] Dre (aah aah)
Dear God goes blind
I'm just trying to unwind, now I'm...

It's Tuesday and I'm locked up
I'm in jail and I don't know what happened
They say I was running butt naked
down the street screaming... (Aah aah aah aah aah)
Well I'm sorry, I don't remember
All I know is this much
I'm not guilty
They said save it 'fore we catch you on tape
Now an old lady, touch my body
Now this is the part where the rap breaks down
It's really intense, no one makes a sound
Everything looks like it's "8 Mile" now
The beat comes back and everybody lose yourself and
snap back to reality look it's B Rabbit
And you signed me up to battle?
I'm a grown man
Chuba chuba chuba chuba chuba chuba chuba
I don't have any lines to go right here so
Chuba chuba chuba fellas what? fellas what?
Grab you left nut, make right one jealous what?
Black girls, white girls, skinny girls, fat girls, tall girls, small girls
I'm calling all girls
Everyone report to the dance floor
It's your chance for a little romentor
Butt squeezin' it's the season
Just go... (aah aah aah aah)
It's so appealing 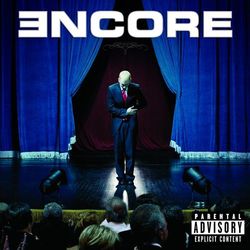