Joke In There Somewhere

Now as the sun is setting, I meet my brother for a drink
And he asks if I got something on my mind

So I tell him 'bout this movie and how I didn't get the ending
Why do they let the creature get away?
He reminds me that all it is, is costumes and pretending
But there must be something else they're trying to say

About these buildings and the asphalt and the natural habitations
The pigeons, cats and rats and parasites
This wild and dancing city conducting perfect orchestrations
The way a stranger wishes us good night 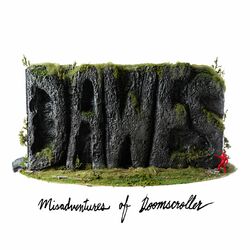