Yo son, whatcha think about those Peas, though?
Yo, yo, I don't know, them dudes just be on stage, dancin andstuff...
They on some old Las Vegas bullshit
They move too much, man
I can't take them fools seriously
I mean, they ain't talk about no 6-4, no Impalas
They ain't shootin nobody (Shootin nobody)
They ain't talkin about clothes
You know what I'm saying?

Yo, my man, I got a plan to do it all (What kind of plan yougot)
I got a plan that none of y'all ever
Talked about 'cause underground niggas don't be thinking
I'm going kinda ?nino? like Lincoln
How can you make moves when you're always strapped under
I plan to read the scriptures, tell you more about the thunder
I wonder what really makes the world go round
Not thugs, 'cause thugs go 'round the brain of a brother's down
You be in it for a quick blink
But when you start to sink
You be deeper than you was
When you should've stop to think
About your consequence your actions don't make lots of sense
Brothers use the wicked life 'cause of lack of confidence
The devil jacked you for your sense now
You can't pay your rent and
That's no accident, you let us slip so we win
The rest of your development
You should've took time to prevent
The compiscation of your monument
Now ya, wash up, and a nobody
No one blame but your body
You livin life, had thick and uneasy
You chose to be involved with no deals and crisis
In a hole 'cause of lust and greed
Your mind held captive and unable to exceed
Come out and follow the Peas, we give you what you need
We proceed to give you, what (What, what)

Yo, everybody's goal is to win
But others gettiing caught up within the line of commiting sins
And everybody seems to wanna rule
It's so ridicule we gotta find the right cure
We approach to penetrate equivalent and strong
To wash out individual with evil forms
Conquering battles in these fields of greed
Dark faces all around me makes it hard for me to see
Who's got my back and who will backstab
I'm ready for foes and hoes who tries to grab
My currency, if I ain't got none
The (?) crip to runs to the ones who got some
The war billows to those who makes action
The main caption is to bring satisfaction
If you like that contend you see
How you suppose to call yourself a real MC

So what's the definition of a true MC
(Someone who rocks swell and put my soul at ease)
Lyrics went entertaining capability
(Now that's the realest, see, all around 360 degrees)

Hey, witness grief through startin material
You are blinded by lights, had an ego ratio
God bless you with the gift of only show
Business but you a careless professional
Is where your failing will show
Over indos and end only cash flows
Makin it big, but yet, you never know
You will pay in your dues bringin on sorrow
Here today, easily gone tomorrow
Feel the pain and I never borrow
From another man, instead I'm making grand
Watch the Peas as we make a stand 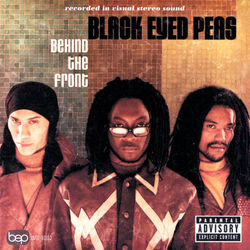