You're coming off kinda contrived and pretentious
You're not saying anything we haven't heard before
You're caught up in an argument
Oh, oh you're so lost in modern art

S.O.S. texted from a cell phone?
Please tell me I'm not the only one,
that thinks we're taking ourselves too seriously,
Just a little too enamored with inflated self-purpose 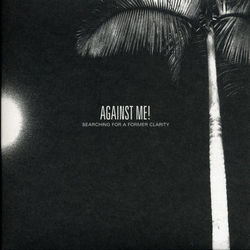 Searching for a Former Clarity - Against Me!
Gravadora: Fat Wreck Chords
Ano: 2014
Faixa: 13